A Must Read On Media Manipulation-Statistics

The media is a notable factor in influencing one’s political beliefs. But while it can provide a lot of information, it is critical to acknowledge the presence of media bias and the validity itself. When evaluating the validity of something, numbers tend to speak more of the situation than an opinion does; that is why fact-based assertions tend to be more reliable than opinion-based assertions. However, when it comes to statistics, which is expected to be less subject to bias, even that can be manipulated. Portraying numbers in a biased fashion is not a partisan issue; rather it is widespread in all media platforms that can be misleading. The following is just a few out of several devices that are strongly encouraged to be aware of.

In 2012, Fox Business displayed a graph contrasting what the new tax cut on the top income bracket would be if the Bush tax cut expired. Noting that Bush was from the Republican party and that Fox News leans conservative, it would be plausible to assume that the news station would try to place Bush in a favorable light. In the above graph, Fox News visually depicts the new tax cut as proportionally 5 times higher than the Bush-era tax. However, because the x-axis was adjusted at 34, instead of 0, it exaggeratedly inflates the 4% difference. A conventional graphing method that would set the axis at 0 would depict the change of 39.6% to 35% as almost dismissible, but because the axis was manipulated, it misleads the average viewer to think that a drastic change has taken place.

A more recent article from PayScale entitled “The State of the Gender Pay Gap 2020” demonstrated the gender difference in pay and added a statistical scenario to further illustrate it. PayScale defined two variables of comparison in their scenario: the “uncontrolled group” with a salary of $49,800 (the women’s current median salary) and the “controlled group” at $60,700 (which adjusts for job title, years of experience, industry, location). Assuming a 40-year career span and that there is an annual 3% base pay increase, PayScale concluded that women in the uncontrolled group made $3,750,000 ($900,000 less than men) while women in the controlled group made $4,570,000 ($80,000 less than men) in terms of accumulated earnings. For the convenience of the reader, the article omitted the background work that produced the figures and rounded the actual answers to simpler numbers. However, when reviewing the calculations which is essentially a sum of geometric sequence problem, it is discovered that the author may sometimes exploit the rounding when leaving the math work to themselves.

When comparing the given values with the original calculations, it is noted that PayScale rounded down the ten thousands place in order to yield the uncontrolled group’s “3,750,000” listed figure. However, when looking at the calculations for the “controlled group”, PayScale used improper rounding rules in order to achieve the simplified “$4,570,000”.

The problem with this rounding is that when following the previous pattern of rounding by the ten thousands place, it would be expected that the actual number would be rounded to $4,580,000 when it is actually not. Even though the 6 in the thousands place should have dictated the number to be rounded up, it is instead lowered to $4,570,000 which not only breaks the preceding pattern, but the basic rounding rule as well.

Whether a few thousand differences is a significant deviation from the original number is arguable; however, it still misleadingly widens the gap between men and women accumulated earnings in a dishonest way.

In addition to the manipulated rounding, there is another misleading feature that PayScale excluded by design from their article. While given the starting salaries of $49,800 and $60,700, it is not mentioned in the scenario that by following the annual 3% salary increase, the respective end-of-career salaries would be $157,718 and $198,006.

The reason why these end-of-career salaries are not listed is because it undermines the validity of the scenario as more theoretical than practical; it is highly questionable that most careers actually have the job potential to grow from a $49,800 starting salary to an end-of-career salary of $157,718. In fact, most careers at that starting salary will not ever reach the 6-figure range (e.g a truck driver will never go from making $49,800 to making $100,000). Therefore, not only did PayScale inaccurately round the statistics to bolster their wage gap agenda, but they also illustrated a highly inaccurate scenario that should not have been used in the first place.

Remember that the journalism industry is already declining and that forces the media to be consumer-driven. Therefore, in order to survive as a prominent media, the media has to resort to eye-catching, emotional appeal (e.g click-bait headlines) even if it means little substantive value on the informational part. A recent example of this was in April 2020 when CNN got called out for sparking the sensational rumor that Kim Jong Un was dead. Had they given themselves more time to conduct the investigation, CNN would have realized that they did not have sustainable evidence to fully confirm the conclusion about the North Korean leader. Part of being a consumer-driven media is that whoever reveals the information first tends to be the most valuable messenger (granted that they are correct), and sometimes media news will rush to grab the audience’s attention first without taking the time to fact-check.

Although most will probably not have the time to check the complications of a statistics detail, small details like an adjusted graph axis only require a few seconds of a double-take to tell a different story. Ever since the fairness doctrine was repealed, which formerly required the media to to tell both sides of a controversial issue, the media has been increasingly more subjective than objective, and hence, more misleading. Therefore, it is up to the reader to think outside of just the news and formulate an opinion that is neither out of deception or inaccuracy. Make no mistake, the media can do a great service in informing. But when it comes to values and personal opinions, the media is best a supplement.

Liked by Abhinav Basvoju and 1 other

In Katy Youth Political Network you can ask and answer questions and share your experience with others! 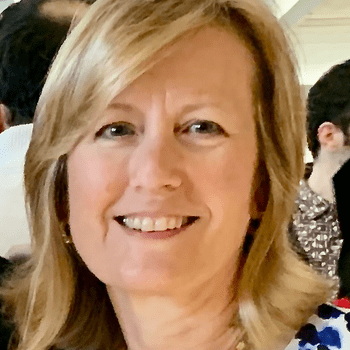 It definitely is crucial to be an smart consumer of information!